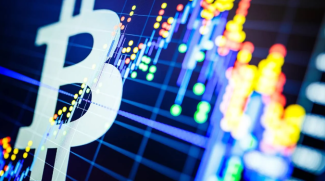 Investing as a Lifestyle Choice

Matt Damon and Gisele Bündchen have been widely mocked for championing cryptocurrency exchanges. (Stephen Curry seems to have escaped the same fate, perhaps because his video is comical.) Consumers recognize that celebrities are no more knowledgeable than their Uncle Jack, who should not use a stapler without supervision, but they waive their cynicism when luminaries endorse soft drinks or eyeliners. Celebrities are not subject-matter experts—but who is?

However, investment platforms are another matter. We might wish to be popular like Matt or glamorous like Gisele, but that does not mean that we want to invest like them, any more than we would fancy their help when taking a statistics test.

Such was my initial view. Then I realized that crypto advertisers care not about the skeptics. They sell instead to those who dream big, and who desire change. Matt Damon celebrates bravery. For him, investing in crypto is like discovering the New World, climbing Everest, flying at Kitty Hawk, and landing on the moon. Meanwhile, Gisele Bündchen hopes to improve the planet. “There is a real potential for good,” she states, “a chance to foster positive change and create a level playing field. Our current system hasn’t worked out great for everyone.”

This represents a new view of investing. For their customers, cryptocurrency exchanges offer more than the opportunity to turn a profit. They are lifestyle decisions. As with shoes, or liquors, or automobiles, buying crypto showcases the consumer’s personality. He or (less likely) she has become part of the revolution.

This Time Is Different

There have, of course, been previous investment uprisings. Way back in the day, Charlie Merrill took the stock market to Main Street. Two generations later, another Charles, surnamed Schwab, undercut Merrill Lynch’s once-subversive business model by making trades much cheaper. At the same time, Vanguard not only introduced index investing, but also transformed mutual fund pricing.

Today’s rebellions, though, are different. Admittedly, I can’t speak to how Charlie Merrill’s coup was received, as it predates even the memory of my email buddy Taylor Larimore, who turned 98 years young this January. But I am old enough to recall how Schwab and Vanguard sold themselves. Their pitches were impersonal. They sold primarily on price, accompanied by the promise of competitive services.

Not so for cryptocurrency exchanges. Nor, for that matter, for Robinhood’s brokerage platform. To be sure, Robinhood’s marketing outwardly resembles that of Schwab and Vanguard, by highlighting cost. However, neither of Robinhood’s rivals carries such an overtly rebellious name, nor have they attempted to make made investing playful. Schwab and Vanguard have sought painlessness, not diversion. In contrast, Robinhood’s website, with its apps and contests, has mimicked those of sports gamblers.

A third revolution has been incited by those who buy “meme stocks.” While that habit sometimes coincides with holding a Robinhood account, the two items are separate and distinct. The former means selecting a brokerage platform that professes to stand apart from Wall Street, while the latter strategy not only involves bypassing the Street, but often aspires to hurt its constituents, by squeezing the portfolios of hedge funds that have shorted the meme stocks.

The advertising of cryptocurrency exchanges, the branding campaign for Robinhood, and the social-network communities that create meme stocks each share two attributes: 1) the implication that they possess investment virtue (bravery, charity, fair play, punishing the guilty), and 2) the attempt to entertain. That is, participants hope to have their cake and eat it, too. In their view, no longer must investing be a dull activity, facilitated by the morally dubious. Investing can in fact be enjoyable, while also making the world a better place.

Well, perhaps. Whether cryptocurrency exchanges, Robinhood’s launch, or the creation of meme stocks will end up benefiting humanity is for others to decide. (Each has its share of critics.) Nor can I cogently comment on their pleasures, since for me a Las Vegas casino floor occupies one of hell’s nine circles. So, I will not comment on whether lifestyle investing is either beneficial or entertaining.

What I can say, however, is that it certainly is volatile. I need not reiterate cryptocurrencies’ gyrations. Nor need I expound upon the perils of investing in only a handful of stocks, as is frequently done by Robinhood’s clients. And after enjoying a spectacular start in 2021, most meme stocks have since lost at least half their value, and sometimes much more.

That amount of volatility does not strike me as a formula for long-term success. Along with the importance of cost, the mutual fund industry’s biggest lesson has been the damage caused by volatility. All too often, investors say that they are prepared to withstand risk—but then fail when their resolve is tested. As a result, the funds that have made the most money for shareholders have not been those with the highest returns, but rather the funds that have averted unpleasant surprises, while delivering competitive (if not necessarily outstanding) gains.

We shall see if the lifestyle investment choices behave similarly, with investors arriving late to one bull market, absorbing losses during the inevitable downturn, and then bailing before the next bull market commences. That evidence has not yet been compiled, although it should be noted that between first-quarter 2021 and first-quarter 2022, Robinhood’s revenue dropped by 43%.

I understand the power of appealing to customers’ hearts instead of their heads. Clearly, such an approach has attracted millions of new investors to the financial markets. That is a good thing. For the outcome to remain positive, though, those investors must stay the course. Whether they will do so remains to be seen.

It may be objected that I have omitted the mother of all lifestyle trends, investing based on environmental, social, and governance criteria. It is true that ESG proponents desire an investment revolution. But there are two key differences between ESG practices and those mentioned in this column. First, at least to my knowledge, ESG investing does not purport to be fun. Second, ESG portfolios tend to be widely diversified. Their performances therefore are relatively muted.