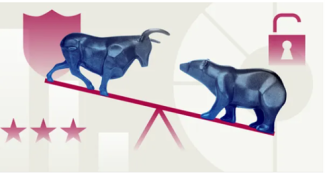 And why the outlook looks rough from here.

Broad stock market indexes set new bear-market lows this past week, dashing the notion that prices seen earlier this summer would prove to be the bottom, as many strategists had come to believe.

In two short weeks investors have shifted their focus from wondering whether the summer rally from mid-June to mid-August might be revived and possibly extended, to asking whether we are on the brink of global recession. There is even talk of this becoming a secular bear market. That is when there is a long and protracted period of declining returns driven by trends not associated with typical business cycles. 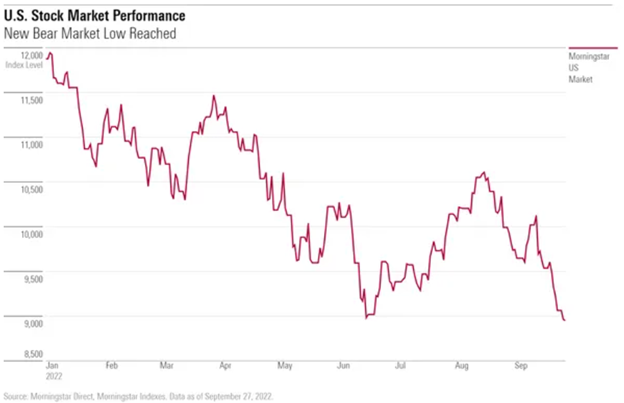 The broad-market Morningstar US Market PR Index set a new low on Sept. 27, surpassing the previous nadir on June 16. The index is down 23.05% for the year through Wednesday and has lost about 8.53% in the last 30 days.

Bond yields have soared to their highest levels in years, with the 2-year Treasury at 4.16% and the 10-year note topping 4% briefly Tuesday for the first time in 14 years, before settling at 3.82%. The credit markets are responding to Federal Reserve projections that the appropriate federal-funds rate will be 4.40% at year-end, 1 percentage point higher than projected in June. Turmoil surrounding budget policies in the United Kingdom under new Prime Minister Liz Truss, concerns about a looming recession in Europe, and slowing growth in China also attracted overseas investors to the perceived haven of the U.S. bond market. 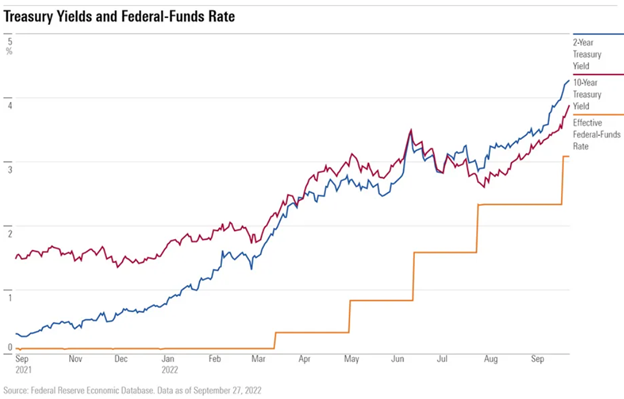 What’s changed? You can count on one hand the reasons why markets have plummeted: 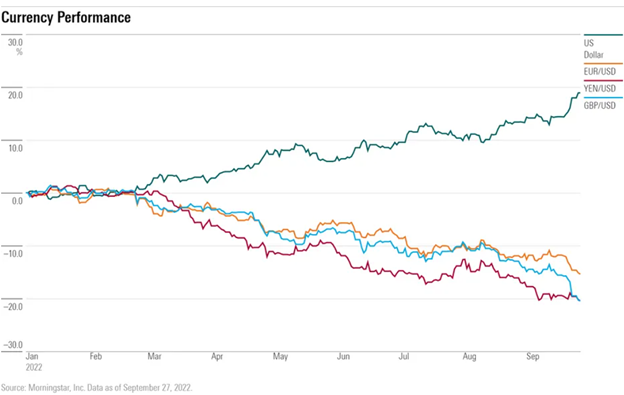 FedEx’s warning was a shot across the bow on the earnings front. Other companies, including General Electric, Alcoa, Nucor, and U.S. Steel, have also said recently a rapid deterioration in market conditions is hurting results.

As a result of the changing dynamics, market strategists have adopted more cautious stances.

What Is Next for Markets?

He noted that clients are increasingly concerned about the possibility of a long and severe secular bear market as opposed to a short and mild bear within a secular bull market.

Richard Bernstein Advisors told clients in a note that the “probability for negative returns is the highest under the relatively certain scenario we envision.”

“We prefer to structure portfolios for the only two certainties we see for the next 6-12 months: the Fed will be tightening and profits will be decelerating,” said the firm’s analysts. “This combination of events is not typically a good one for equity markets, and we now have our lowest equity beta and highest cash levels in years.”

Even the most optimistic of strategists concede it will take clearer evidence that the Fed’s rate policies are working before there is a possibility that the central bank can lighten its grip on the economy, which would allow the stock market to return to an upward flight path.

By raising the cost of borrowing and reducing the demand for goods and services, as well as for jobs, the Fed hopes to bring about price stability throughout the economy. The risk is that the economy is thrust into recession.